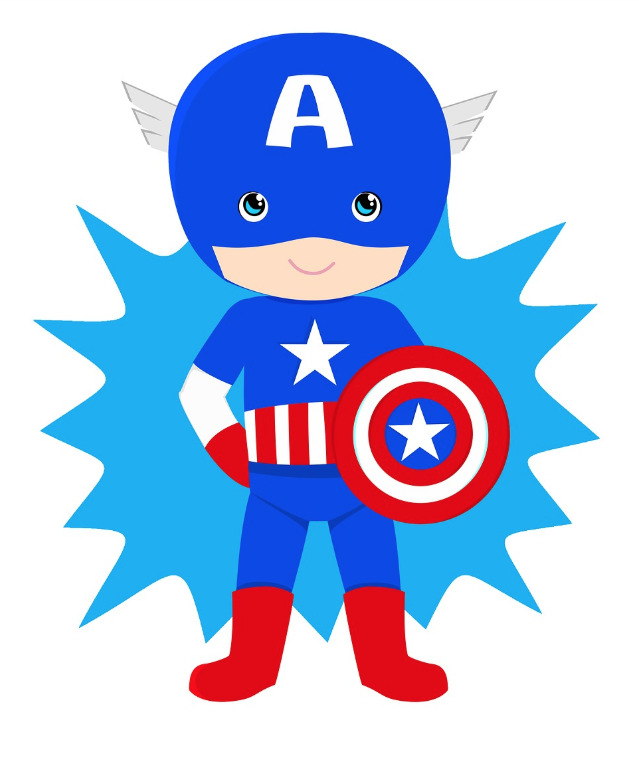 Six Awesome SEO Superheroes You Must Meet Before You Die

When I sat down to write a post about the six SEO experts we should all meet before our time on Earth expires, I didn’t quite expect to experience difficulty choosing just six. And once I narrowed it down to six SEO experts, I found it hard to limit the information I chose to share here. Indeed, these SEO superheroes have touched so many lives with their contributions that I think it’s only fair that an entire book be dedicated to them. Alas, I’m not about to do so today, but for now, let’s look at the six most incredible SEO superheroes we’d all love to sit down and have  a chat with someday.

Why he’s awesome: Considered one of the most prolific experts in the SEO industry, Rand Fishkin is the CEO of the well-known SEO software entity, Moz. He was one of the recipients of the award “BusinessWeek’s 30 Best Tech Entrepreneurs Under 30. Awards aside, Rand exudes a boyish charm and a thousand-kilowatt smile you can spot a mile away.

Other facts about Rand that you may want to know:

How he saves the day: Rand co-authored the bestselling “Art of SEO” and found time to  co-found Inbound.org, a place where bloggers, marketers and SEO fans alike congregate to share invaluable tips and content. Rand also gave presentations to packed auditoriums for the United Nations and Stanford University, but above all, Rand allowed his personality to shine and showed that underneath it all, SEO experts are humans too. His public persona is an appealing one, making no secret about his married life, travels and passion for bright yellow Puma shoes.

Why he’s awesome: Spurred on by his then-girlfriend, now-wife, Aaron Wall founded SEO Book, one of the most notable online training programs on the Internet that comes complete with tools, forums and exclusive members-only area. His findings and research have graced the pages of iMediaConnection and Marketing News, and high-traffic sites like Slashdot and TechCrunch, The Wall Street Journal, The London Times, Wired, USA Today, BusinessWeek, Business2.0, Time Magazine, The Register, MSNBC, and The Guardian.

How he saves the day: Aaron is outspoken and isn’t afraid of rattling the shutters of the industry with some of his more controversial ideas (such as this and this, for example). And when he is not doing so, he found time to create and spread the news with his free meta search engine,keyword research tool, and other useful tools for the SEO and webmaster community. Aaron and his colleagues have contributed valuable SEO ideas, to a point where they’re used as course text for MBA classes.

Why he’s awesome: Danny Sullivan is one of the pioneers of SEO, having had almost 20 years of experience to his name. He isn’t named “search engine guru” for nothing – his achievements include having his search findings published and mentioned on The Wall St. Journal, USA Today, The Los Angeles Times, Forbes, The New Yorker and Newsweek and ABC’s Nightline, as well as other notable sites.

Danny is also editor-in-chief of Search Engine Land, co-founder / chief content officer of Third Door Media and was the publisher for the now-defunct Sphinn (Marketing Land replaces said site as the source of the day’s most noteworthy internet marketing articles). He is also the driving force behind the Search Marketing Expo (SMX) series, largely considered to be THE conference to attend.

How he saves the day: Danny has long been lauded as a relentless search evangelist, but he also shows that humble SEOs are not mythical beings. Danny holds court during Q&A sessions, trade shows, seminars and conferences, where he spends half the day taking questions and helping attendees make sense of the arcane world of SEO, but he has never let fame get into his head.

An ex-Googler, Vanessa Fox is best known for her contributions that conceived Google Webmaster Central before she decided to leave the search engine giant in 2007 to pursue her passion in search engine analytics. After that, she went on to create Nine By Blue, a digital agency which was recently sold, after which she is now helping to lead Virginia-based search marketing firm RKG that was lauded as Google’s largest independent paid search agencies.

Vanessa also found time in her busy schedule to author a bestseller, “Marketing in the Age of Google: Your Online Strategy IS Your Business Strategy”. The book has been heralded as THE “search marketing bible” and “first must-read-to-survive business book of the twenty-first century”, with many reviewers praising the technique Vanessa employed to deliver otherwise technical topic into an organized format that resonates with both laymen and experts in the field.

With over 20 years of experience under her belt, Vanessa is quickly becoming a leading SEO personality that people all over the world look up to.

With the wealth of SEO knowledge at her fingertips, you’d think her fame would get to her head, right? Wrong! Vanessa is known to be one of the most friendly and approachable SEO professionals in the arena, constantly showing patience and expertise as she hung out with site owners, industry leaders and other SEO enthusiasts in conferences and seminars. She has inspired many to work hard to achieve the results they so desire.

In short, Vanessa is truly the people’s SEO superhero – down-to-earth, approachable and helps in any way she can.

How she saves the day: Vanessa truly believes in humanizing the whole SEO scene, breaking down myths and making it more approachable for everyone, and this is evident in her quote: ““SEO is not about tricks or manipulating algorithms. It’s about understanding the online landscape and evolving to meet your customers where they are.” Vanessa also reiterates that if optimized, compelling high quality content can populate search data which will then transform into solutions for a marketer’s audience.

Hailing from Ukraine, Ann Smarty is the intelligent and quirky owner of SEO Smarty. Before she immersed herself in SEO, she initially did guest-blogging to improve her English but before long, her natural-born acumen made her a force to be reckoned with.

Ann has almost a decade’s worth of SEO experience under her belt, and uses her knowledge to contribute insightful posts at Search Engine Journal, Internet Marketing Ninjas and Moz.com. As a Community & Branding Manager at Internet Marketing Ninjas, Ann is well-loved by her colleagues and peers (and secretly admired by her rivals) for her expertise in search and social experiences, social media marketing, intelligent content creation and SEO reporting and consulting. She also oversees leading communities owned by Internet Marketing Ninjas such as DevShed forums, Cre8site forums and WebmasterWorld forums.

How she saves the day: Ann’s love for writing spurred her on to create a free community for guest bloggers where bloggers and site owners can congregate and benefit from guest blogging opportunities. The no-frills site mirrors that of a forum, allowing everyone to easily participate and contribute. She is wise to have not based the site design on popular social communities because she doesn’t “want too much clutter – a social community could degrade into too much talking and too little action.”

Ann spends her time creating useful tools and sits like backlink trackers, Tweeted ranks, Viral Mom and a competition list builder. All these tools have helped the SEO and webmaster communities achieve results beyond compare.

Why he’s awesome: Brian Dean, a.k.a Backlinko, burst into the SEO scene in 2008 with Backlinko.com, an SEO training site. It proved to be heaven-sent for bloggers, small business owners and digital marketing companies as they receive valuable tips, lessons and tutorials to boost their SEO, link building and content marketing efforts. He also created sound strategies to get high quality backlinks without doing guest blogging, and in the process created the intriguing “Moving Man Method”.  Although he does minimal consulting via his site, he successfully grew his blog from zero to 18,000 visitors in under 9 months.

Today, Brian travels the world as a digital nomad. He has been to exotic locales like Thailand, Japan, Spain and Turkey, but is currently residing in Berlin, Germany.

Brian is a staunch believer in his motto: “Less reading, more studying (on Google results).”

How he saves the day: Brian is one of the most humble people I’ve met, online and offline. I had the pleasure of meeting him earlier in the year during Distilled’s SearchLove conference in Boston. While the focus was clearly on speakers like Rand Fishkin and QuickSprout’s Neil Patel, Brian was inundated with his own fanbase, and what struck me as most noteworthy was that he took the time to answer everyone in a patient, friendly and engaging manner, not as an SEO superstar (although he clearly deserves the title) but as your average man-in-the-street kind of SEO enthusiast. Online, he has a habit of replying almost every comment and tweet in lightning speed, branding him an active engager in social media. Brian shows that SEO experts can be both successful and humble at the same time.

Notice how I awarded 10/10 points for all our SEO superheroes – if they aren’t awesome, they won’t even have made the list, right? There are thousands of SEO professionals out there, and while there are only six listed here, I’m sure there are more notable names out there that have done a world of good for the industry. SEO superheroes – we salute you!